Every real innovation needs a courageous leader who can stand his ground when problems hit. If you are wondering whether you are the right one, get inspired by this piece about leadership and JFK.

“I believe that this Nation should commit itself to achieving the goal, before this decade is out, of landing a man on the Moon and returning him safely to earth. No single space project in this period will be more impressive to mankind, or more important for the long-range exploration of space; and none will be so difficult or expensive to accomplish.”

This is how the American President John Fitzgerald Kennedy introduced one of the biggest innovations of human kind in May 1961.

His words are also the prime example of managerial speech about innovations that a company would need. If a company is to be successful in innovations then every boss needs to find a piece of Kennedy in him/her. So that he or she can stand up and say something people will believe and will be ready to follow. Because no matter how controversial Kennedy’s presidential abilities were he achieved his goal: he put a man on the Moon.

President Kennedy’s situation is of course from the perfect example category. NASA was from the very beginning and innovation agency. Because the Soviet Union was leading the space race at the time, there were virtually no limits to financial or personnel possibilities.

None of the Czech companies can probably afford such approach. However, who wants to be successful in innovations must come close to it. If not in unlimited financial resources then it has to be in terms of atmosphere, enthusiasm and desire.

There is no other option. If you want to be successful in the long-term you have to give your people “the way to the Moon” and get them excited for it.
The lifetime of successful businesses has fallen more than three times in the last 100 years. In 1958 an average S&P 500 corporation had a lifetime of 60 years. In the 80s it was 25. Now it is 18 years and the speed with which the companies on the index are being overtaken is constantly increasing.

That takes us to the crucial thing. The most important one.

Leader is the stepping stone for creating an innovative environment. Leader must find courage to take a risk. And not only that. Leader must have courage to listen and ask in order to understand what customer problems are – even when the answers are not exactly favorable for his company. Then, the leader must find even more courage to make a decision as to what the company will do. He cannot lose it even when committing more resources, because space flights sometimes fail and cost a lot of money.
On top of that, the leader must keep the spirit high and make people believe in results even in hard times – and hard times will undoubtedly come. He must listen to them and take what they propose seriously.

Sounds difficult? It sure is. But that is the job of the leader who wants to take the company further. He must become a leader with all it encompasses – commitment, determination, reliability, confidence and fairness. If he can do it then his company will be successful. And he will be the one people will follow even to the Moon and back.

This piece was published in API – Akademie produktivity a inovací magazine in edited version. 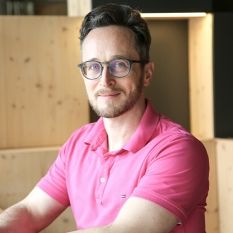 Are you considering HCD, but you are not yet 100% sure you want to take this route? Here you will find out why you should definitely say YES to HCD.

The Circular Economy as a lifeline to economic slowdown

The circular economy is a solution to the economic autumn and winter. How can its principles lead to a transformation of traditional business models, an increase in effectiveness of operation and a reduction of costs? Find out how changes such as digitisation, optimisation, sharing, co-operation and leasing offer firms a lifeline in a time of approaching crisis. An integrated solution offered by the Senior Innovation Designer at Direct People, Cyril Klepek.

How to stay on your mum’s good side, or how to innovate in large firms

Corporations are the best environment for innovations. This isn’t an oxymoron, it’s reality. Large multinational firms are in fact like “mum’s hotels” of innovations, where the advantages outweigh the disadvantages. Still don’t believe us? Michal Kalousek, one of the founders of Direct People, explains how to stay on your mum’s good side and co-operate with her in bringing to life projects which would otherwise have remained in the closet.

Show more
Cookies management
To provide the best possible service, we use technologies such as cookies to store and / or access device information. Consent to these technologies will allow us to process data such as crawling behavior or unique IDs on this site. Disagreement or withdrawal of consent may adversely affect certain features and functions.
Manage options Manage third parties Manage vendors Read more about these purposes
Show preferences
{title} {title} {title}