Railway sidings and biofuels. A few words on cooperation with AZC

Slovak group AZC is our client, thanks to whom we have penetrated the world of railway sidings and biofuels. And thanks to us, they have become more involved in innovative methodologies and testing. Check out the interview Hospodárske noviny (SK) did with Robert Spišák, partner in AZC. Among other things, he says: “In large companies, and our group (AZC) already is a large company, there is often a so-called managerial sentiment. It means that I, as a big boss, invent something and push it just because I invented it. With Direct People, it may happen that their external perspective stops even the idea of the top boss simply because their research will show it that way.” 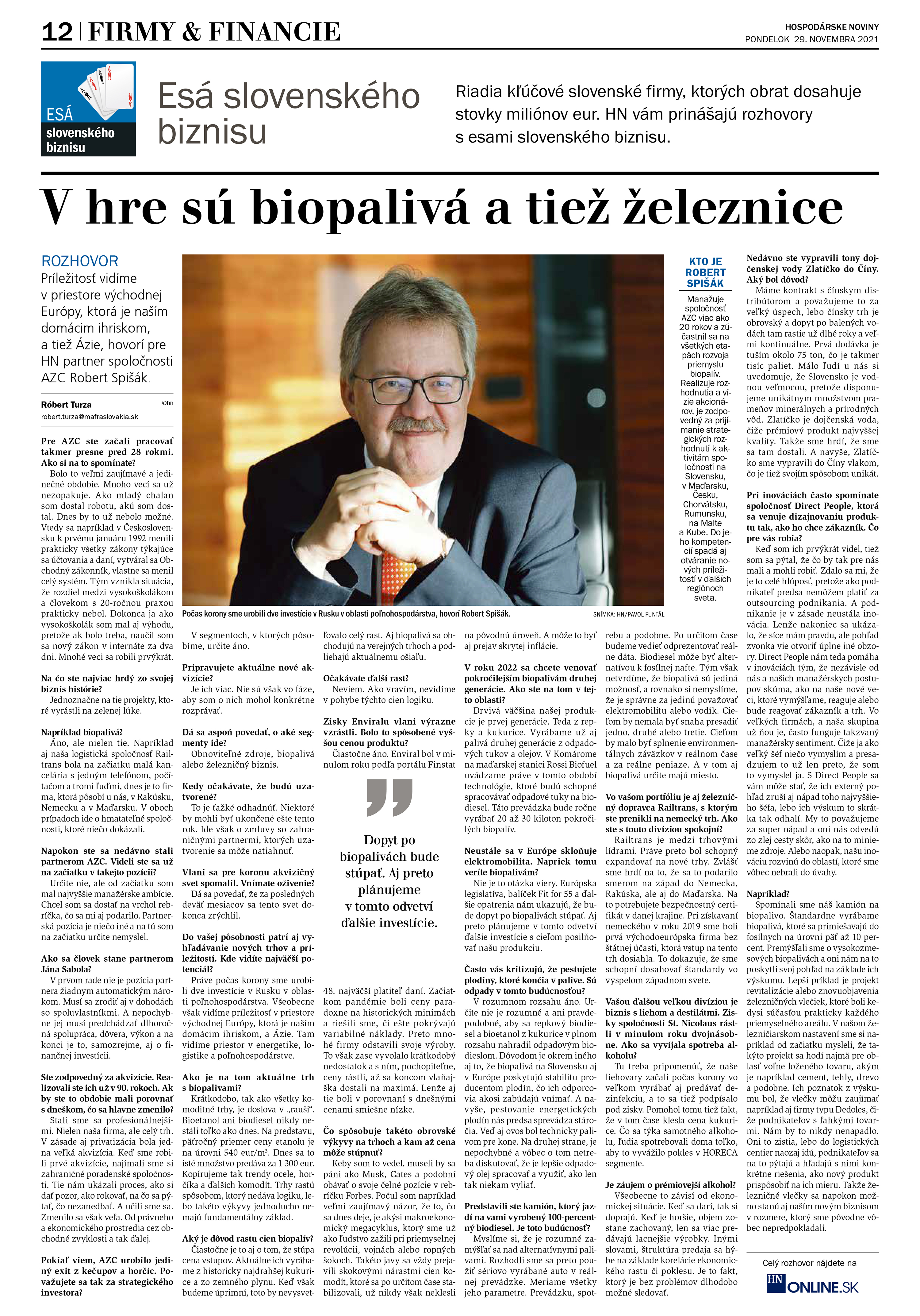 Cookies management
To provide the best possible service, we use technologies such as cookies to store and / or access device information. Consent to these technologies will allow us to process data such as crawling behavior or unique IDs on this site. Disagreement or withdrawal of consent may adversely affect certain features and functions.
Manage options Manage third parties Manage vendors Read more about these purposes
Show preferences
{title} {title} {title}