Direct People > Our work > App that conquered the job market

App that conquered the job market

It took us one year to create a brand new type of service that is addressing the real problem: people do not want to commute to work and they will rather choose a less paid job that is closer to their home. Based on this we developed an app called Práce za rohem (which would translate as Work around the corner), that is notifying users of interesting job openings close to the location they select.

The app quickly established itself in Czechia and so in January 2018 we decided to expand to Poland. Prace za rohem now processes on average 4 900 responses per day and has been downloaded by more than 1.5 million users. Its business version is being used by 50 000 companies. It is also successful from a business perspective. Year-on-year turnover doubles every year and the app started to generate profit after two years. However, above all this revolutionary service made applicants and employers more satisfied. And that was the ultimate goal – create a win-win solution for everyone involved.

New business opportunities search in area of job advertising, education, segments of elderlies and others

Here is the full story…

1.2 million people spend an hour commuting to work every day. And they hate it

Our solutions do not originate at the comfort of our offices. Therefore we talked to real people, job applicants as well as satisfied employees. We found out that people are annoyed by wasting time commuting to work. Based on statistics, as many as 1.2 million people spend an hour a day getting to work. That is approximately 250 hours a year that could be spent better – sleeping in or focusing on hobbies. So we got to work and created 9 concepts, 3 of which made it to the prototyping phase.

What does everyone want? A job that finds you, not the other way around

The prototyping and testing phase winner was an app that was monitoring interesting job postings in selected locations. Developing the easiest possible way to react to a posting turned out to be the key to success – ideally with just a few clicks. We tested the simple models on potential applicants.

If you have a brilliant idea, you can sell your innovation before even developing it

Half a year after the project started, we designed the app itself. With just a few screenshots and simple powerpoint presentation we started selling our service to companies. Even before launching the app, 90 companies bought it. Simultaneously we worked on the app development.

12 months and it was born

The first public version of the app was launched exactly a year after we started the project. On the launch day it offered 2 500 jobs. Soon after the launch we realized that people are downloading the app but do not continue with sign up. Based on that we simplified the registration process and made the app more user-friendly.

Half a year after the Android app launch we introduced the iOS version. That was accompanied by a massive marketing campaign, including TV ads. At that moment, more than 500 companies offered jobs there and more than 100 thousand potential candidates downloaded the app. With on average 1 000 daily responses we surpassed the set targets. Encouraged by that we also developed a business version of the app so that companies could manage their accounts and job postings more easily. Currently, almost 33 thousand companies in the Czech republic use the app.

Witaj Poland and one million downloads

In 2018 we entered the Polish market with both the classical and business versions of the app. In a few months we reached one million downloads and more than 17 thousand companies are currently using the business version in Poland.

In only six months we became the third largest job portal in the Czech Republic. We placed behind Prace.cz and Jobs.cz, portals LMC has been running for more than a decade. And we are still keeping that position. At the same time, Práce za rohem is undoubtedly the biggest job searching apps in terms of active users. We are not done yet. We are planning to enter German market and are looking into others as well.

“Cooperation with Direct People is the main reason behind successfully launching our new service on the market. Our teams of course have and have always had great ideas. The problem is with the execution. It is always the conflict of priorities and capacity: on the one hand you focus on keeping the current business running and successful and on the other hand you try to create something new. Cooperation with an external agency solves this capacity issue.

I am convinced that Práce za rohem is successful mainly because it was an external cooperation with clearly defined targets and conditions. I felt an enormous drive, effort and dedication to succeed from Direct People. They are not just consultants who give you advice. Direct People took full responsibility for the project success. Just like us, they went all in.” 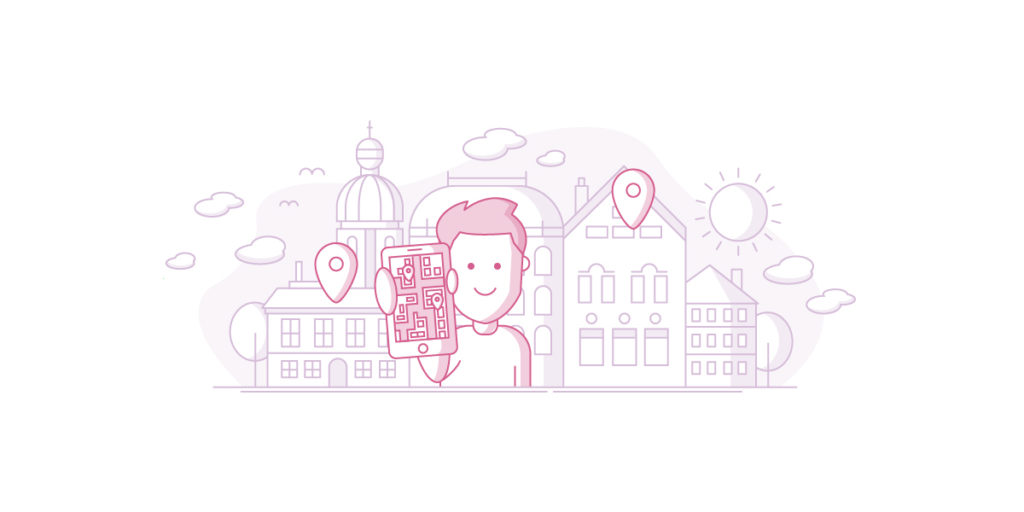